Why Ecommerce Brands Are Turning To TikTok Advertising

It’s as massive as it is diverse. With one billion users on TikTok as of 2022, this video-sharing social media platform is a pioneer when it comes to getting yourself out there into the business world. Artists can post speed draws, bakeries can post videos of their delicious cakes and cookies being made, offices can post those funny, sometimes heart-warming, behind-the-scenes videos of a normal day at work. But why should your company specifically be using it? In this article, we will explore all of the benefits you can utilise on this site, and why so many eCommerce brands are turning to TikTok advertising and TikTok eCommerce.

TikTok, otherwise known as Douyin in China, is a short-form video hosting service. What is that, you ask? Well, short-form videos are small videos, usually under a minute long, which are composed of fancy effects, a bit of simple editing by piecing more than one clip together, and some sound effects and music in the background. Of course, users can skip all of this editing if they wish and just a single video clip.

There are lots of trends to jump onto, which help your account reach more people. These can include setting a video to a certain song or audio track, a caption or activity. These help users to interact with one another, make friends and participate in a wider meaning or culture. A particular instance where one of these trends became extremely popular was I Understood the Assignment, which used a track by Tay Money. It has been attempted thousands of times by TikTok users, all provoking very different responses to one another.

The history of TikTok

TikTok began its story exclusively in China under the name of Douyin, which was developed by ByteDance. Originally launching in 2016, the site was originally for use only in the country – that was until it fused with Musical.ly in 2017, which had previously been one of the most common short-form video-sharing platforms on the international market. Since then, the platform gained rapid popularity and has been named as one of the fastest-growing companies in recent years alongside Zoom and Peacock.

In 2020, during the COVID-19 pandemic, TikTok did the unthinkable and surpassed 2 billion mobile downloads worldwide. Last year, they gained $4 billion in advertising revenue from all of the companies who believe in its power to promote their services. So, why is this?

Why eCommerce brands are turning to TikTok advertising

eCommerce brands are turning to TikTok for a variety of reasons. Firstly, with so many of us now using this platform to share entertainment and join communities, adverts can reach thousands of individuals more than what was previously achievable, and target certain groups for whom the products or services are intended for. For example, if you are creating sportswear for footballers aged 18 to 25, you can easily have your adverts show up in the feeds of individuals who are interested in this content thanks to TikTok’s eCommerce tracking and monitoring.

Not only do TikTok eCommerce ads travel further, but they also work to enhance your brand’s identity. If you are putting lots of love and effort into your videos, creating innovative trends and great entertainment, your customers and audience will recognise you for this and highly praise your company’s presence.

TikTok is also a fantastic place to share visual advertisements which would once have been shown on television. Only now, these have become flexible in nature. You won’t be needing highly rendered shots of animated characters or special effects, nor will you require a hired camera crew to shoot it – though you can if you want to. With TikTok, you can join in the trend with simply an iPhone and your imagination.

There are also endless possibilities for the relationship between TikTok and eCommerce, including brand collaboration on this platform. With influencers on every side of the interface, you can always reach out to TikTok superstars to model your clothing, review your toothpaste formula or try your chocolate bar. They would be happy to help you reach new heights!

What features are available for brands on TikTok?

Recently, partnerships have been announced between the platform and Shopify, which means that there are lots of exciting features for companies on their way. With TikTok, you will never have an issue with marketing your products. Here are some of the features which will be your best friend on the platform.

How has TikTok influenced the eCommerce business?

It is no doubt that the platform has been a huge success with eCommerce companies. With the addition of TikTok to our phones, we now have greater accessibility to explore other people’s brands. Meanwhile, brands are able to produce marketing at a much smaller cost whilst still appealing to thousands of eager viewers, as well as making full use of the tailored algorithm the video-sharing site utilises. It can be expected that thousands of brands will continue to make accounts and try out their luck in the online marketing competition.

So, what is your company waiting for? If you are ready to start using TikTok advertising for your eCommerce brand, get onto the platform today and contact us for any advice you might need after your initial setup. We would be happy to help! 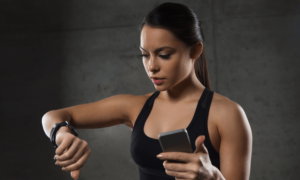 Augmented reality or AR technologies is shaping the future of sports. But how does it 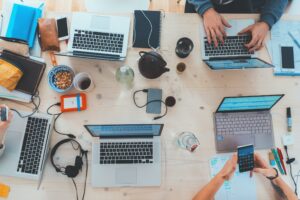 2020 was a year like no other, accelerating some trends and creating new ones Here is how much the digital world has evolved.